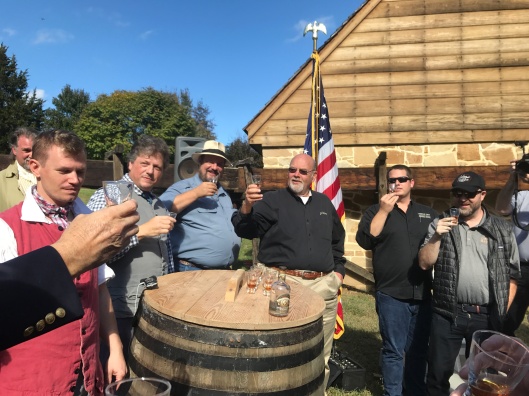 It’s been 10 years since the George Washington Distillery at Mount Vernon reopened—and, arguably, since the rye-naissance started to accelerate. To mark the milestone, distillers from across the country gathered at the restored eighteenth-century production facility to craft a limited edition 10th anniversary rye whiskey.

“In 10 years, rye whiskey’s sales have gone up 900 percent,” Kraig Naasz, president and CEO of the Distilled Spirits Council, said at a media event at the distillery last week. “Growth of rye has benefited America’s farmers; producing distilled spirits is the very essence of value-added agriculture.”

Pickerell recalled a Distilled Spirits Council event about 16 years ago when the distillery reconstruction project was first announced.

“I really believe that that was the turning point when rye started its march back to prominence,” Pickerell said.