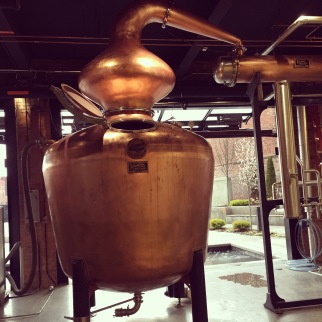 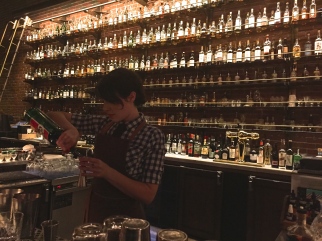 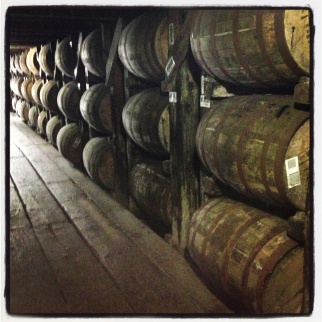 I wrote this for the latest edition of the American Craft Spirits Association‘s e-newsletter. Thought I’d share it with you, as well.

It’s hard to believe that yet another year is behind us. If 2017 proved anything, it’s that these are indeed exciting times to be in the craft spirits business. And that’s going to be doubly true in 2018. Here’s a look at some of the big spirits trends to keep an eye on in the new year.

1. Brandy breaks through
As consumers get more adventurous and their tastes expand, expect them to explore a bit outside their familiar spirits categories. Various mainstream media outlets ran more than a few stories on the renaissance in American brandy in 2017. In 2018, more U.S.-based craft producers will be experimenting with different types of fruit-based distilling, beyond the familiar styles. For instance, we’re already starting to see American producers make spirits like the Eastern Europe eaux de vie known as rakia and slivovitz, as well as traditional German schnaps.

2. “Foraging” will be a big buzz word.
Gin producers increasingly are talking about “terroir,” a term that, until recently, was quite foreign to any category that wasn’t wine. A key facet of gin terroir is sourcing botanicals that capture the flavor and aroma of distillers’ local regions. And many are taking that a step further by crafting special releases made with herbs, roots, and spices that their teams foraged in nearby forests.

3. Craft Spirits Weeks
Every state in the U.S. now has at least one craft beer week. Now, the concept is gaining steam in the craft distilling world, with not only a National Craft Spirits Week statewide weeks in places like Missouri, as well as city-based efforts in places like Philadelphia (the birthplace of the craft beer week, by the way). Expect the number of cities and states launching official craft spirits weeks to increase manifold in 2018.

4. Craft Spirits Trails
Similarly, state, local, and regional visitors’ bureaus have discovered that efforts to map and promote their areas’ craft distilling scenes are a good way to boost tourism. The new year likely will see the launch of several new craft spirits trails across the country, as well as the expansion of many of the existing trails as more distilleries open up in their necks of the woods.

5. Agave spirits
Since tequila can’t be called tequila if it’s made outside of Jalisco, Mexico, agave-based spirits have had a minimal presence in the portfolios of American craft spirits producers. However, as tequila consumption explodes, consumers are getting savvier about the base ingredient—so much so, they’re ready to seek out agave-based beverages that don’t bear the tequila (or mezcal) label and that’s creating an opportunity for U.S. distillers. In 2018, we’ll witness the emergence of a small American agave segment.

6. Single Malt is the new rye.
A couple of years ago, the media and industry analysts declared that rye was the new bourbon. And, with year-on-year volume growth well into the double digits, they weren’t wrong. Now, American single malts have come into their own and, in 2018, we’ll see more of those whiskeys come of age and hit the market, firmly establishing American single malt as a segment to be reckoned with.

7. Tiki Hybrids
The re-emergence of the tiki bar scene has put wind back in rum’s sales. But rum’s not the only game in town when it comes to Polynesian-inspired cocktails. Bartenders are thinking out-of-the-box and merging drinking traditions that are (almost literally) poles apart. For instance, in 2017, House Spirits introduced the “Viking Tiki” concept, incorporating the Portland, Oregon distillery’s Scandinavian-influenced Krogstad Aquavit into the traditionally tropical drinks. The time has come for further flights of fancy, far afield from the obvious.

8. Bloody Beyond Vodka
Speaking of exploration beyond the obvious, the classic brunch beverage has become a favorite palate for creative expression among bartenders. And that not only includes offbeat mixtures and food ingredients—fried chicken, anyone?—but spirits that add more complexity to the tomato-based cocktail than vodka. Gin, aquavit, agave spirits and even whiskey are finding their way into the recipes of these post-modern interpretations of the savory drink. And it looks like bartenders will be taking us in even more exciting directions in 2018.