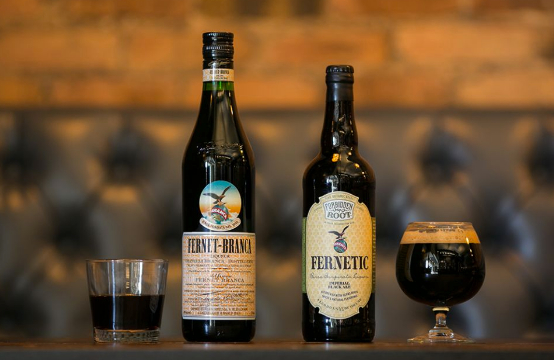 A few years back, Odell Brewing released Fernet-Aged Porter, a chocolatey, coffee-like brew aged in barrels that once held fernet produced by Denver’s Leopold Bros. Distillery. Now, Chicago’s Forbidden Root restaurant and brewery, known for “botanic beers,” has taken that concept a step further and developed a brew using ingredients based on the flavor profile of the famous digestive. The brewery partnered with the makers iconic amaro Fernet Branca—the first time the latter has ever collaborated with a brewer. The result: Fernectic, an 8.4 percent ABV, a spicy, minty, herbal brew made with ingredients such as rhubarb, wormwood and saffron, pulled right from Fernet Branca’s recipe (which includes a total of 27 botanicals).

Forbidden Root unveils Fernetic at its West Town location on January 19th, offering it on draft and in a limited number of 22-ounce bottles for $14.99.