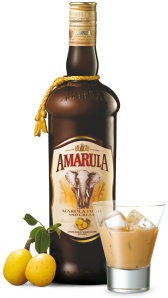 So this is pretty cool—not to mention timely since I just included Amarula in the latest video. The Amarula Trust, the brand’s not-for-profit, charitable arm, is supporting a new project to protect African elephants. Amarula drinkers and elephants have a lot more in common than they realize: Elephants are really big fans of the marula fruit, the source of Amarula Cream and its new line extension, Amarula Gold.

One of the more sobering takeaways from the recent safari was that humans have dramatically encroached on elephant habitats over the centuries and certain areas are becoming overpopulated with elephants that have gradually migrated away from domain of humanity. Overpopulation has meant decimation of many of the trees elephants rely on for sustenance.

The project being funded by the Amarula Trust involves collaring elephants in the eastern Okavango Panhandle, part of the delta, in Botswana, to better understand their movements, herd dynamics and feeding patterns. It is being run by an NGO called Ecoexist. 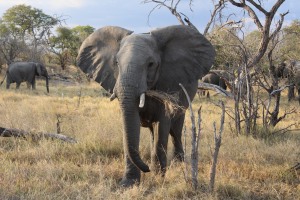 Ecoexist, which is partnering with Texas A&M University in the US, is monitoring elephant populations across three different areas within the Okavango Panhandle and working with 13 villages in the area. Its team of researchers includes a conservation biologist, an ecologist and an anthropologist, as well as post-graduate students and interns from Botswana’s department of Wildlife and National Parks. The plan is to collar 20 elephants over two years, with the Amarula Trust funding the collaring.

The aim is to develop sustainable solutions for not just Botswana, but neighboring countries as well.

Grab a bottle of Amarula, pour a little neat, on the rocks or in you coffee or tea (yes, tea, damn it) and let’s toast to the elephants.